Each year, every USA BMX track holds a “Race For Life”, with proceeds going to the Leukemia & Lymphoma Society.

Start your donation page
What is race for life?
It all started in 1981 when an avid 12 year old BMX racer from Michigan discovered he had Leukemia. Todd Kingsbury was his name, and like many BMXers, he had dreams of someday becoming a top pro in the sport. Unfortunately, this dreaded disease would keep Todd from fulfilling his dream. When Todd’s friends and the American Bicycle Association learned of his diagnosis, it was decided that an organized effort should be made to help in Todd’s “Race for Life.”
collect donations online

Start an online USABMX foundation profile and you can start collecting donations that will be donated to the Leukemia & Lymphoma Society.

The more you donate the bigger prizes you can win from USABMX.

If you raise over $500 you will get your entry fees to the largest single day BMX race in the world, the USABMX Grand Nationals 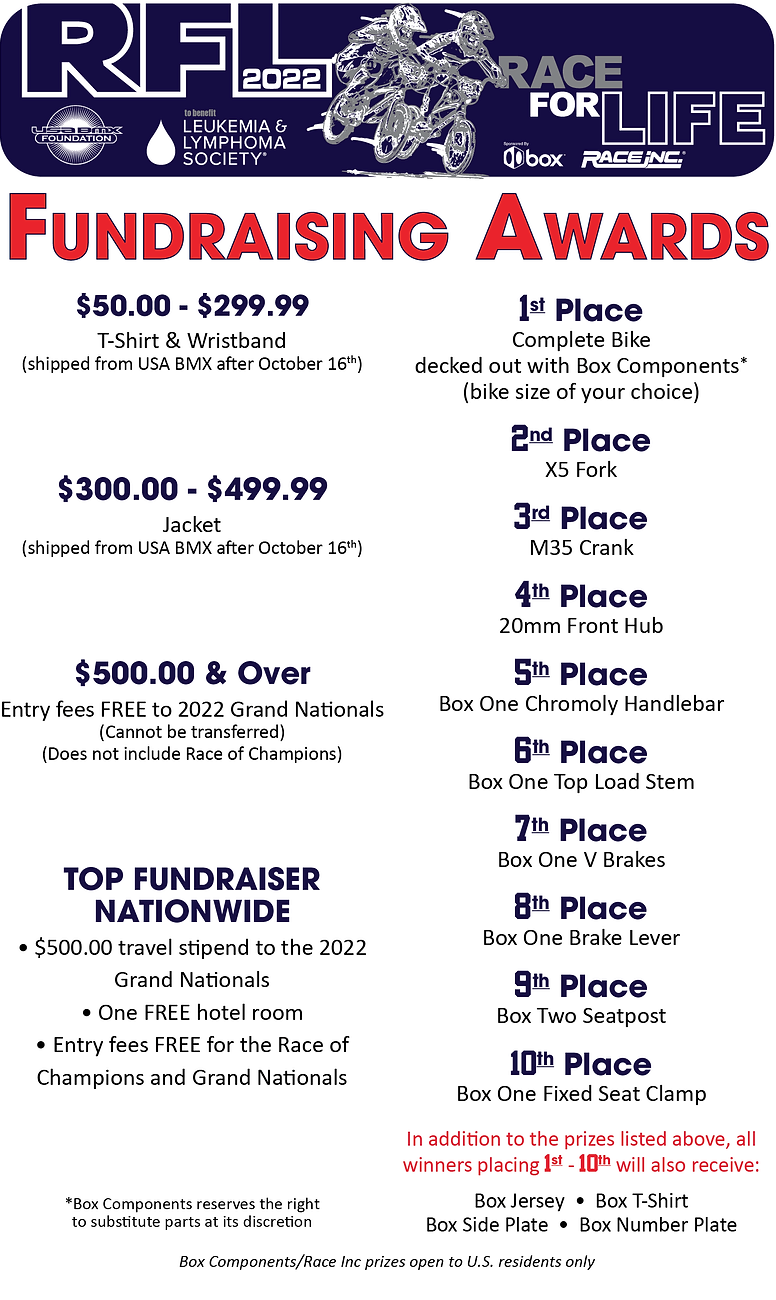 who can race the race for life?
anyone!
no membership required!
Race for life is not just a way to raise money to hopefully find a cure for leukemia, but to share Todd Kingsbury's love for BMX.
Start your online own Donation page
Click to start